CAPTION: Located downstream on the Marikina River, Marikina City is extremely vulnerable to flooding. In 2009, Typhoon Ondoy caused catastrophic flooding and left 80% of the city under one to six metres of water. This served as a wake-up call for the city authorities, who realised how unprepared they were for extreme weather events. They found that education campaigns could play an important role in engaging communities in disaster preparedness. Here, Gloria Byenaventura holds up a colouring book designed to raise awareness on extreme weather events and how to respond to them. These books have been distributed to all households, along with other educational materials aimed at adults. Through its involvement with ICLEI, the City Government has identified information campaigns as an important step in building the city’s capacity to adapt to climate change. LOCATION: City Environmental Management Office, Marikina City, Philippines. INDIVIDUAL(S) PHOTOGRAPHED: Gloria Byenaventura. 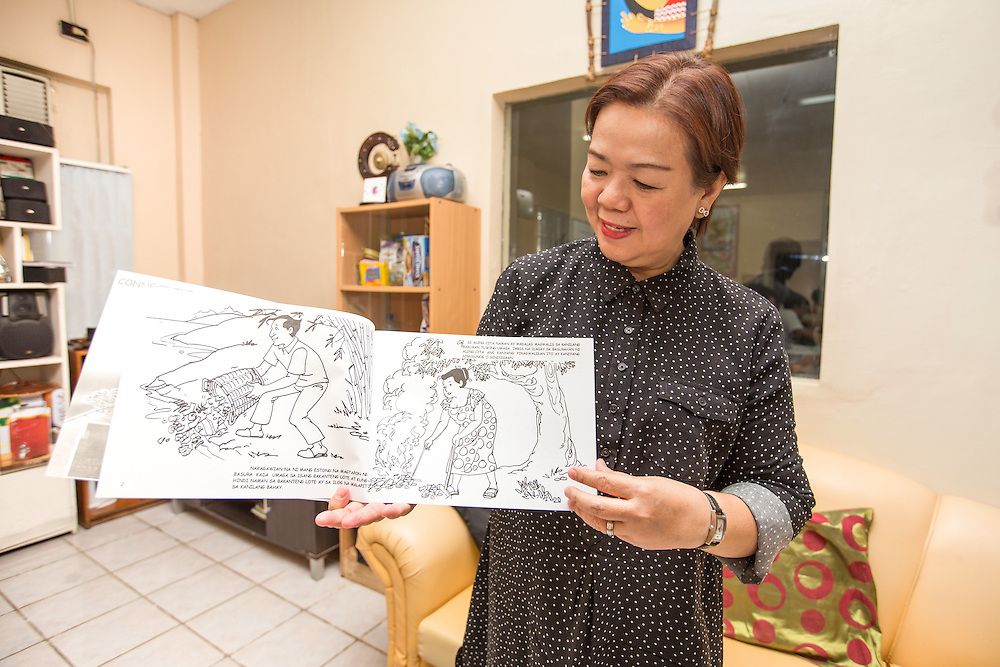