CAPTION: Hilda Ochoa and her husband Amelio, seen just outside their home. Like many in the communities living along the river, they don't have legal rights to their house. Hilda says she hopes that one day, they will be relocated to an area higher up, so that they will no longer be affected by flooding. LOCATION: Ampalaya Street, Barangay Tumana, Marikina City, Philippines. INDIVIDUAL(S) PHOTOGRAPHED: Hilda Ochoa (left) and Emelio Ochoa (right). 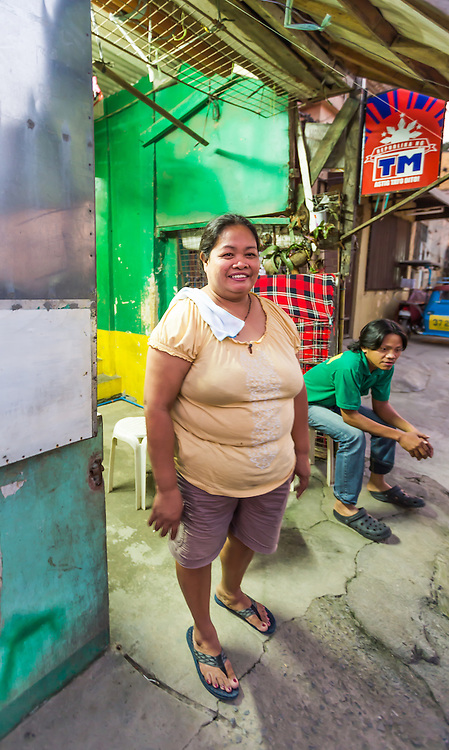