CAPTION: Muchamad Arifini points to a line that shows how far the seawater has encroached over the last few decades. The land was left vulnerable to erosion by previous generations, who've cut down the mangroves for shrimp farming. Increased levels of erosion, combined with a rising sea level and flash flooding, have led to several kilometres of land being submerged by seawater. Under ACCCRN, members of the Tapak community group have been constructing a long sea wall from old tyres to protect the land from further erosion and also prevent salinity intrusion. LOCATION: Tapak, Semarang, Indonesia. INDIVIDUAL(S) PHOTOGRAPHED: Muchamad Arifini. 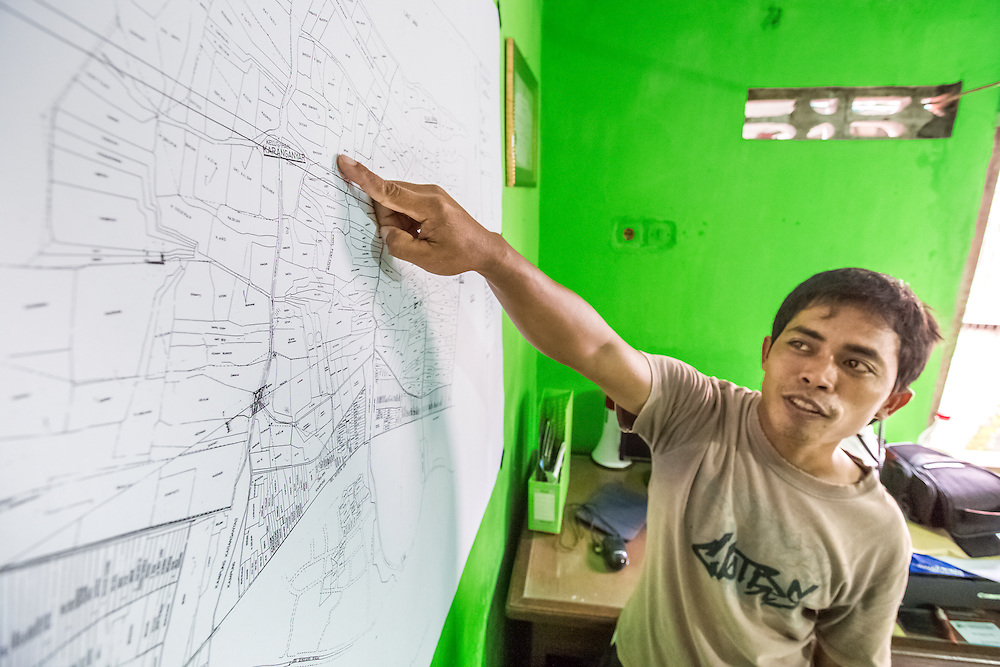