CAPTION: With limited access to arable land and a poor knowledge of agriculture, Thuan’s harvest was never big enough to feed her family throughout the year, forcing her to purchase food for three of the 12 months. In 2012, she was trained in innovative and sustainable rice cultivation by a fellow member of the Women’s Association. Despite being equipped with the knowledge of better farming techniques, We Effect recognised that low-income households like Thuan’s would be reluctant to risk investing in new, higher yielding rice varieties without first witnessing the benefits. They therefore created local demonstration models by funding a number of low-income households to receive high yielding varieties, enabling these farmers to put into practice everything they had learned. Thuan’s household was chosen as one of the demonstration models, and subsequently her productivity increased from 500 kg to 700 kg a year, giving her family enough food to last throughout all 12 months. Seeing her success, a number of other members of Huy Tuong Commune now follow this model of rice cultivation. LOCATION: Coong Village, Huy Tuong, Son La Province, Vietnam. INDIVIDUAL(S) PHOTOGRAPHED: Ngan Thi Thuan. 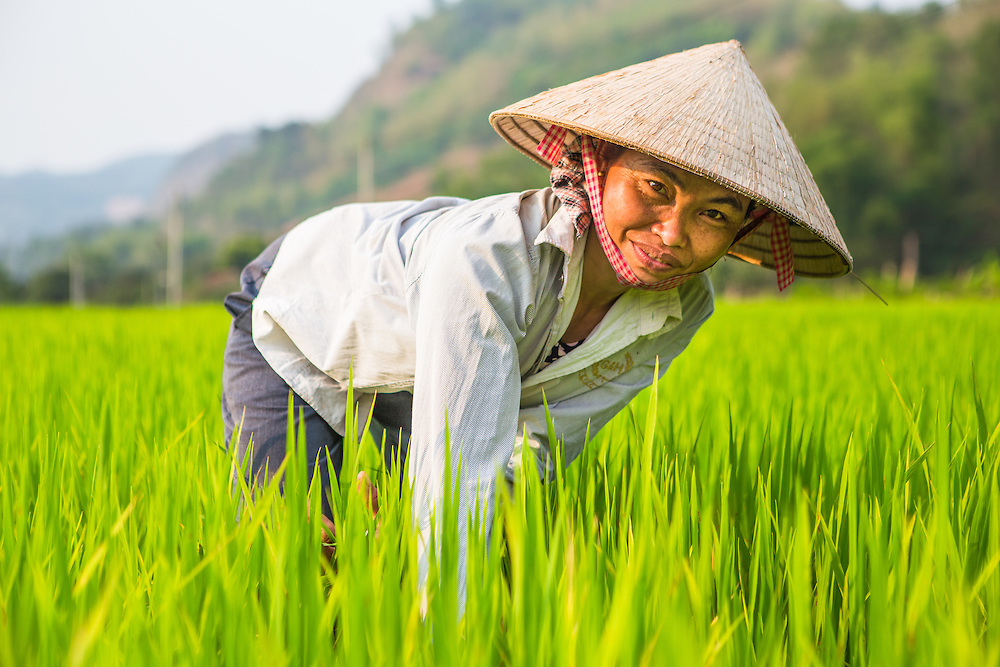