CAPTION: ICLEI, ACCCRN's implementing partner in the Philippines, has engaged multiple departments of the Makati City Government to establish a Climate Core Team, various of whose members are seen meeting here. The organisation has trained the team to identify urban systems and communities that are vulnerable to climate change impacts. One of the main achievements of ICLEI's involvement so far has been to raise awareness within the Makati City Government about how climate change can affect the city. The team is now due to put together a City Resilience Strategy, which will essentially entail 'climate proofing' all of the city’s existing plans, resulting in a series of integrated local climate change action plans. LOCATION: Makati City Hall, Makati, Metro Manila, Philippines. INDIVIDUAL(S) PHOTOGRAPHED: Nida Cruz (left). 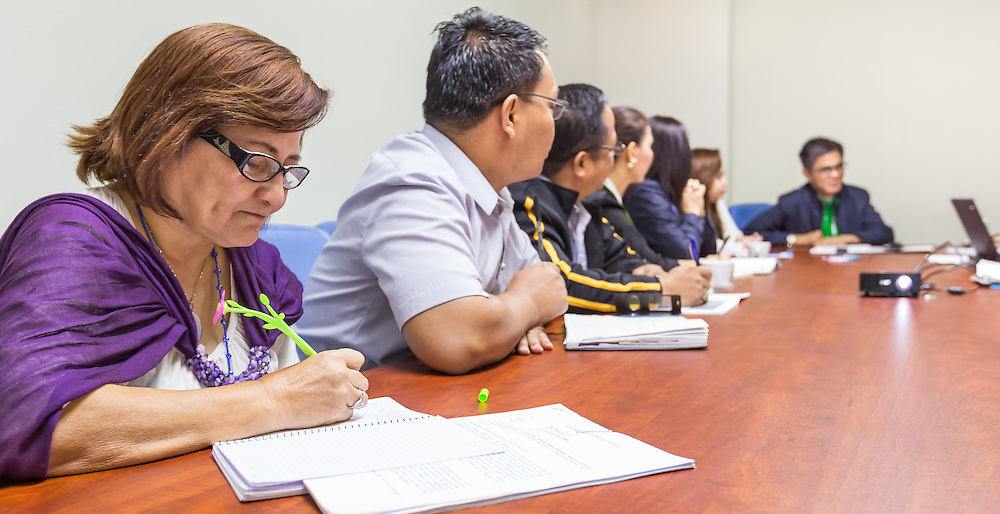