CAPTION: Every time the flood alarm is raised, which is usually around once or twice a year, Hilda evacuates her home. She has a waterproof box, in which she locks away her possessions before placing it for storage high up in her house. She then takes her most valuable things and goes to her sister's house, where she waits for further updates on the situation. LOCATION: Ampalaya Street, Barangay Tumana, Marikina City, Philippines. INDIVIDUAL(S) PHOTOGRAPHED: Hilda Ochoa. 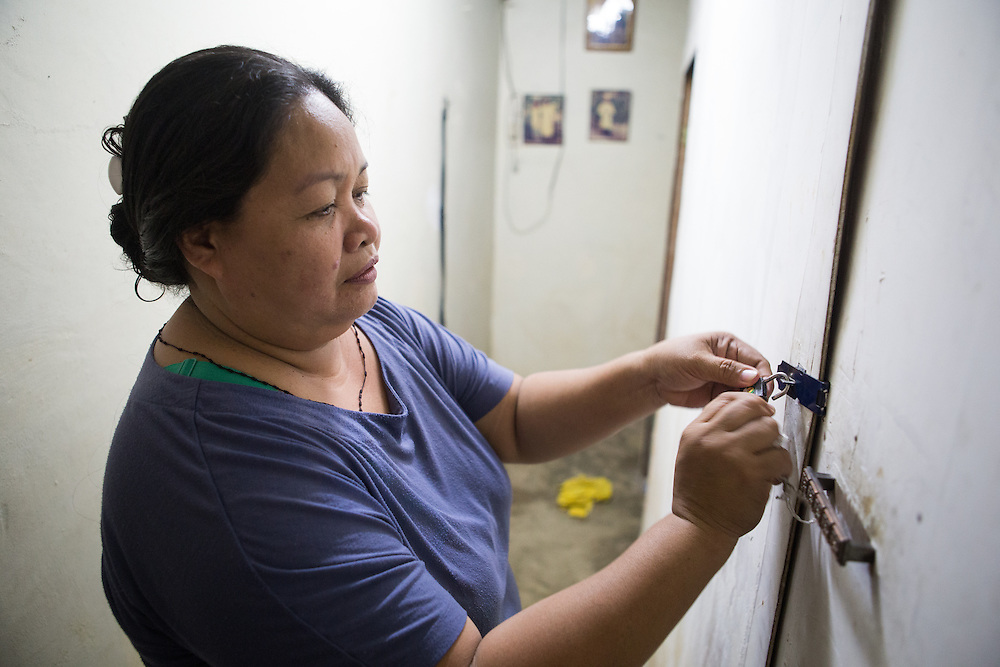