CAPTION: Mr Purnomo is part of the City Core Team, and is from the Development and Planning Agency (BAPPEDA). He notes that since the City Core Team was established, both interdepartmental coordination, as well as coordination with government partners and external stakeholders, have increased. He has recently been working alongside the local NGO Bintari and the nearby university to implement flood early warning systems in several flood-prone communities. Mr Purnomo says that collaboration between various stakeholders, and the sharing of knowledge, have benefited the project hugely. LOCATION: Development and Planning Agency Office (BAPPEDA), Semarang, Indonesia. INDIVIDUAL(S) PHOTOGRAPHED: Purnomo Dwi Sasoneko. 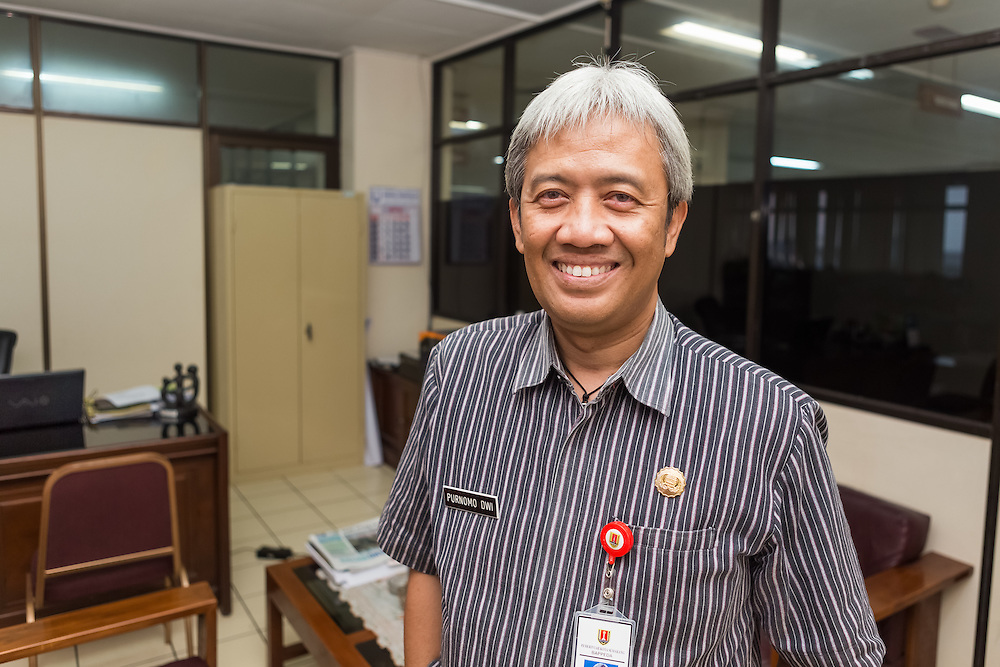