CAPTION: As Angel plays in the lane, she is blissfully unaware of how this thoroughfare could become inundated by foul water during future floods. Inadequate drainage and the build-up of waste are two of the problems contributing to flooding in Marikina. The local government has banned plastic and polystyrene in the city, and local businesses are adhering to this rule. Hilda says she thinks it’s helping to reduce the impact of flooding. LOCATION: Ampalaya Street, Barangay Tumana, Marikina City, Philippines. INDIVIDUAL(S) PHOTOGRAPHED: Angel Lu Santos. 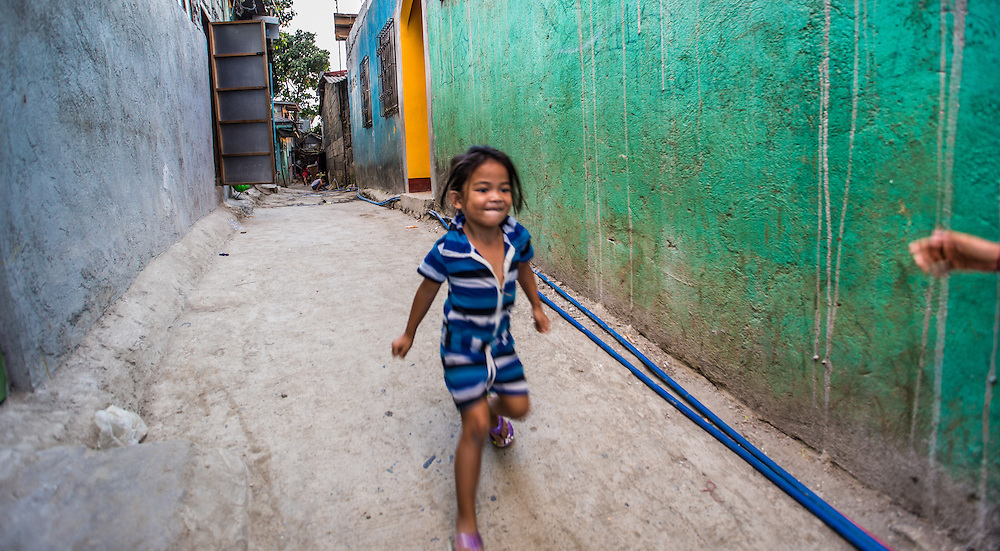