CAPTION: Mr Firdauli collects water from a well at his home. His neighbours often face water shortages during the dry season, and frequently come to him to draw water at such times. Since biopores have been installed, however, they have noticed an increase in their water supply, meaning that they need to use his well rather less during the dry season. LOCATION: Langkapura Village, Bandar Lampung, Indonesia. INDIVIDUAL(S) PHOTOGRAPHED: Mr Firdauli. 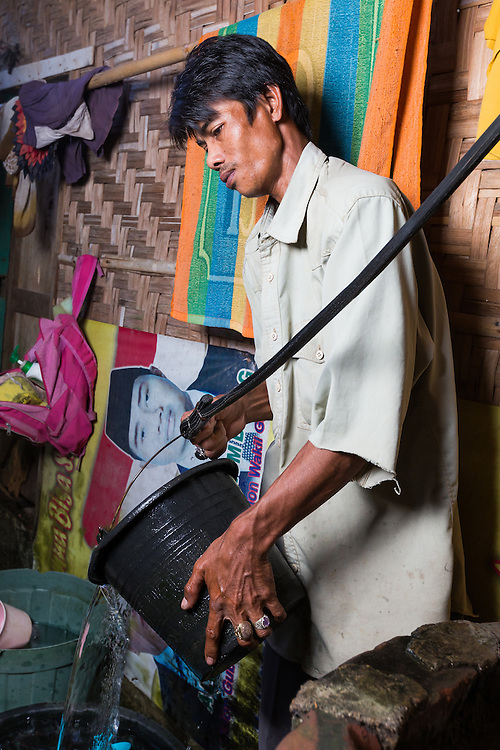