CAPTION: Adrian is the Chairperson of the Parent’s Support Group (PSG) in the town of Lukaya. PSGs were set up by SignHealth Uganda to help raise awareness about hearing impairment, overcome the superstitions and stigmas that are attached to the condition and help parents overcome the situation of poverty that many of them have so far endured. They have helped to establish several income generating activities, including mushroom growing and soap production, both of which are sold to other community members. Adrian is known as a ‘hero’ among his local community, who often walks great distances over the region’s hills in order to reach out to remote families who have children with hearing impairments. While he remains resolute in his willingness to walk such distances, he explains that if he had a motorbike, he would be able to cover considerably more ground and reach yet more of those in need. He says that he was inspired by his hearing impaired granddaughter. Her experiences convinced Adrian that he would also like to help other families in a similar position, not just his own. LOCATION: Lutungu Village, Rakai District, Central Region, Uganda. INDIVIDUAL(S) PHOTOGRAPHED: Adrian Mugerwa. 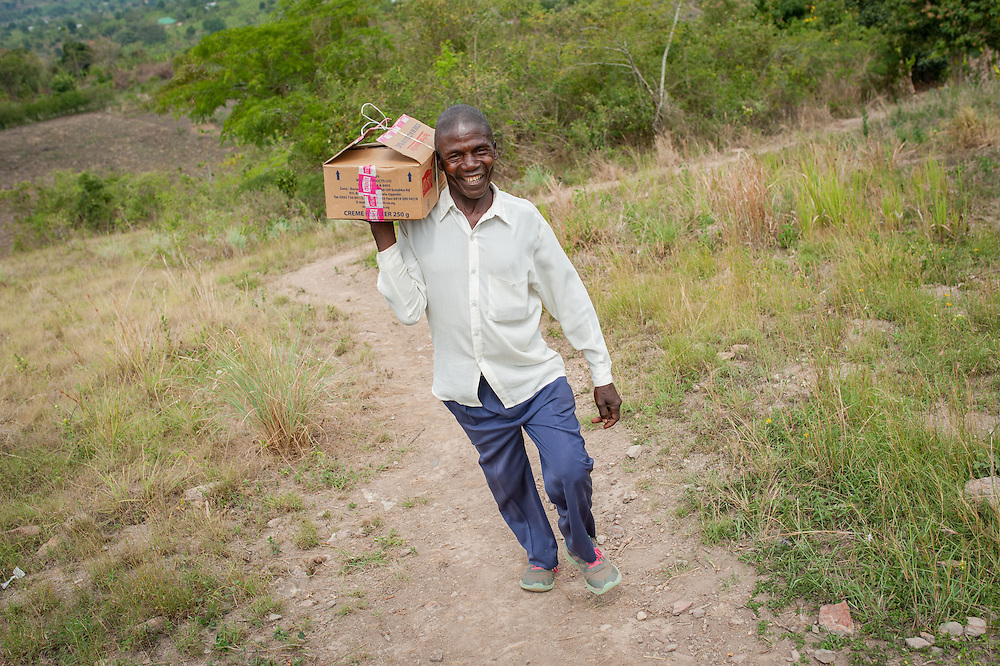