CAPTION: Alongside the materials recovery facility is an example of an urban garden, which Art, the Barangay Captain, promotes to local households for replication in their back gardens. In addition to increasing the soil's absorption capacity, an urban garden can reduce a household's expenditure on food and increase its members’ food security. The project is currently in a pilot phase, but the Climate Core Team has recognised the initiative as a 'best practice' for increasing urban climate change resilience and it has also been identified as a potential initiative for replication across other barangays. LOCATION: Materials Recovery Facility and Urban Garden, East Rembo Barangay, Makati City, Metro Manila, Philippines. INDIVIDUAL(S) PHOTOGRAPHED: Artemelio Contreras. 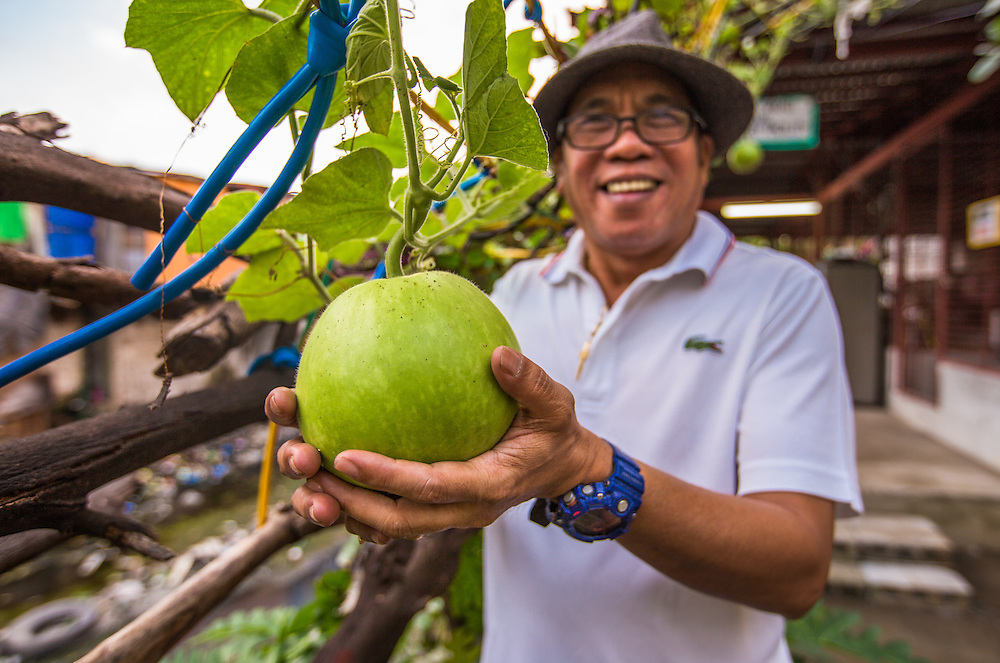