CAPTION: Duong, Hue’s father-in-law, says that the biggest problem facing the family till now has been the absence of a regular and stable income. Aside from his son, who gets occasional work as a daily wage labourer, they rely almost entirely on livestock and agricultural production. “I’m more confident about the future now that my daughter-in-law is able to generate a decent income through pig breeding”, he asserts, adding, “I’m happy to say that she is making good money for the family”. By ensuring that at least 50% of direct beneficiaries are women like Hue, We Effect is mainstream gender equality into its project. LOCATION: Consumption Office, Hanoi, Vietnam. INDIVIDUAL(S) PHOTOGRAPHED: Ha Duc Duong. 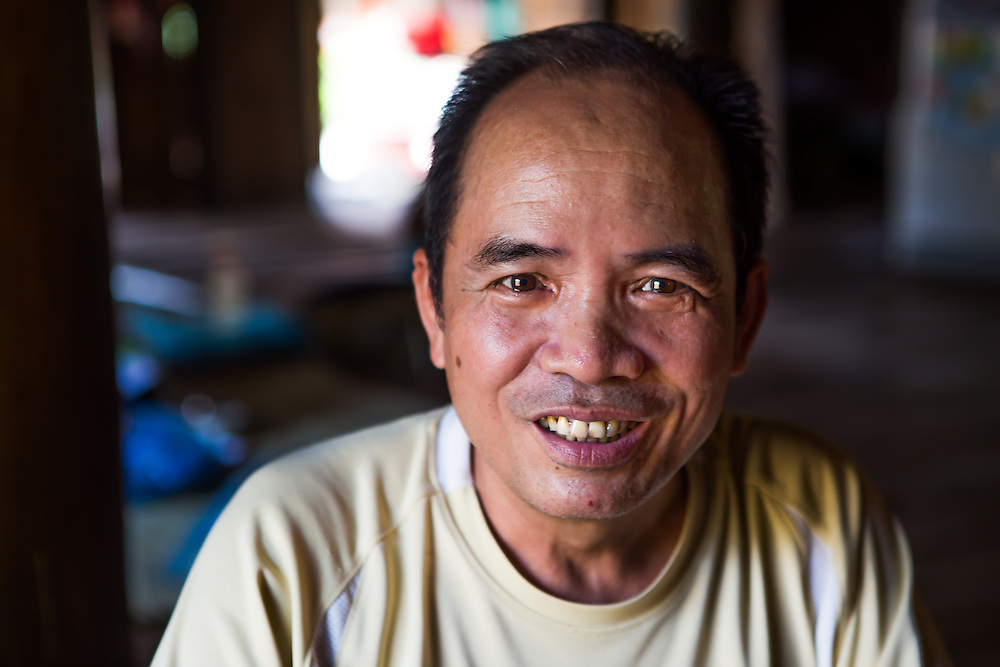