CAPTION: As an elected member of the Karnataka State Children’s Parliament, Sushma Rani recently met the state's Chief Minister. She had been chosen to represent children with disabilities, and thought carefully about what she could say to him that would be most useful for those whose name she was speaking in. She recognises that she’s become a role model for children with disabilities, and says she hopes to motivate others to follow in her footsteps and speak up for their rights. LOCATION: Bogapura (village), Kasaba (hobli), Chamrajnagar (district), Karnataka (state), India. INDIVIDUAL(S) PHOTOGRAPHED: Left: Tejaswini; right: Sushma Rani. 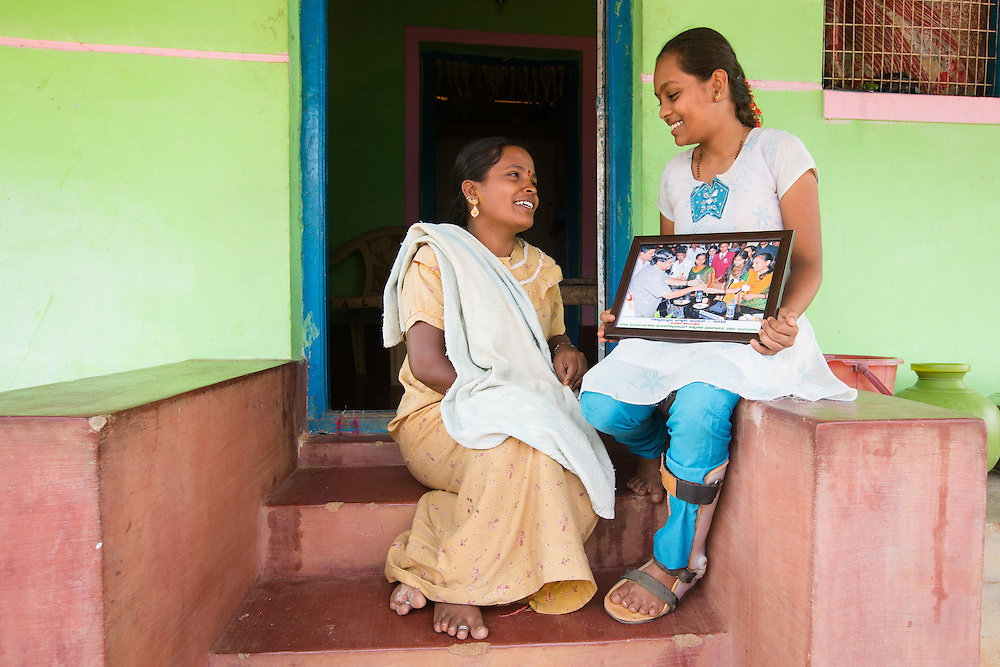